Performers & Creatives working in the EU after January 1st

First, I should say that I fully understand and applaud the union of which I have been a proud member for over 40 years, the Musicians’ Union, for doing its job by fighting for its members’ interests and livelihoods in attempting to ameliorate at least some of the many damaging aspects of Brexit for our

Continue reading → on The Musicians’ Passport

20,000 EU Flags at the Proms No-one should be surprised that music lovers want to express their solidarity with professional musicians over the issue of the damage Brexit will do to their livelihoods by shutting off the right to Freedom of Movement that has been so vital a part of our common European musical landscape

Flags at the Proms: a few thoughts

Last Night Blues Confession: I’ve never much liked the concept or the paraphernalia of the Last Night of the Proms, not because I’m a killjoy or have an antipathy to that strange bendy-knee jigging up and down the Prommers do, or clapping on the beat, but because it always seemed to me that the flag waving pantomime of it was

Continue reading → on Flags at the Proms: a few thoughts 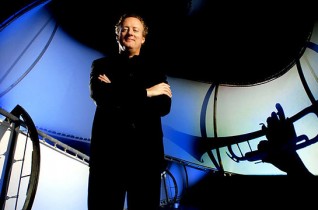 In my recently-released book and TV series, The Story of Music, I made some comments about the avant-garde in classical music in the 20th century which have sparked debate and – in some quarters – some confusion and misrepresentation of my observations which it might be good to address, briefly. I am not a missionary,

He has towered over classical music’s landscape for 200 years. His influence, his genius, his challenge hung heavily on the shoulders of all who followed him. When, in 1956, the great guitarist and lyricist Chuck Berry heralded the dawn of the rock ’n’ roll age with a declaration of intent to start music afresh, the shorthand he employed was instantly recognised the world over: “Roll over, Beethoven!”

Singing is for everyone, not just the privileged few

The role of choral music has taken on new significance in the light of recent tragedies in the UK and, for composer, Howard Goodall, it’s one more reason why access to music-making is essential for everyone, not just those who can afford to pay. Karen Stretch catches up with him at his Burgundy bolt-hole. In

Continue reading → on Singing is for everyone, not just the privileged few

Brexit and music: Theme and Variations

Continue reading → on Brexit and music: Theme and Variations 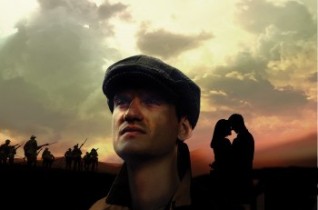 ‘Simply Perfect‘, ‘…some of the best musical theatre that Great Britain has to offer.’  Reviews have been coming in for Daniel Buckroyd’s revival of The Hired Man at the Mercury Theatre in Colchester. 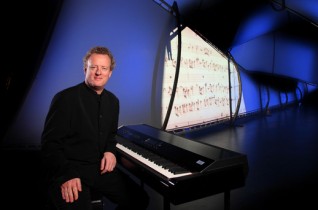 Continue reading → on Reviews for The Story of Music
Next page