Howard Goodall CBE is one of Britain’s best-known composers of choral music, stage musicals, TV and film scores. He is also a distinguished music historian and broadcaster.

His choral music has been commissioned to mark many national ceremonies and memorials; his settings of Psalm 23 and Love divine are amongst the most performed of all sacred music, featuring on several platinum-selling CDs. Eternal Light: A Requiem has had over 550 live performances throughout the world since its première in 2008 and won him a Classical BRIT Award for Composer of the Year. His 2009 Enchanted Voices, a setting of the Beatitudes, was no.1 in the Specialist Classical CD chart for six months, winning him a Gramophone award. In June 2012 his Rigaudon accompanied Queen Elizabeth II on her Diamond Jubilee Regatta and he was musically responsible for Rowan Atkinson’s memorable performance at the Opening Ceremony of the 2012 London Olympics. On 4th August 2014 his anthem Sure of the Sky-Des Himmels sicher, especially commissioned for the occasion, was performed at the St Symphorien Military Cemetery, Mons, to mark the start of the First World War, in the presence of heads of state of all combatant nations. He conducted the première of his oratorio Every Purpose Under The Heaven, commissioned to mark the 400th anniversary of the publication of the King James Bible, in Westminster Abbey in November 2011. His recent Invictus: A Passion was commissioned by and premièred at St Luke’s Methodist Church Houston in March 2018, followed by a European and broadcast première in London, and released on CD.

Howard’s first West End musical The Hired Man, opened in 1984 and has since been performed all over the world, winning many international awards. Other West End musicals include Girlfriends, The Kissing-Dance, the dreaming, Love Story and Bend it Like Beckham which is due to tour India, the USA and Canada in 2019-20. Love Story has also been premièred in the USA, The Russian Federation, Italy, Belgium, The Netherlands, Germany, South Africa, South Korea and Brazil, where it was produced in Rio de Janeiro during the 2016 Olympiad.

As well as writing musicals, Howard has composed some of the best-known British TV theme tunes of the last 40 years, including Mr Bean, Blackadder, Red Dwarf, Q.I. and The Vicar of Dibley. The animated Mr Bean series, for which he writes all the music, is the most followed entertainment product on earth, with over 80 million Facebook followers and 10 million YouTube subscribers. His score for the 2011 HBO film Into the Storm won him a Primetime EMMY for Original Dramatic Score and newly released in 2018 was Johnny English Strikes Back which Howard composed both theme and score has scored.

For the past 30 years he has written and presented his own TV documentary series on the theory and history of music. His books, Big Bangs: The Story of Five Discoveries That Changed Musical History and Howard Goodall’s Story of Music have been translated and published in over 20 countries. His most recent TV film, Sergeant Pepper’s Musical Revolution was shown on BBC2 and PBS, and simultaneously worldwide on June 3rd 2017 to mark the 50th anniversary of the release of the iconic Beatles album. For his TV series he has been honoured with a BAFTA, an RTS Judges’ Prize for Outstanding Contribution to Education in Broadcasting and over a dozen other international broadcast awards. He was England’s first ever National Ambassador for Singing and Classic fm’s Composer-in-Residence for many years. He was appointed CBE in the 2011 New Year Honours for services to music education. 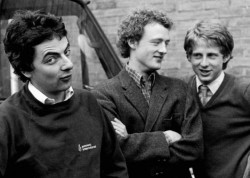 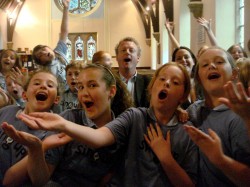