This work, together with They Were Not Here, (both SATB, piano & strings, with younger voice semichoir) were commissioned by The Voices Foundation. Composed with mixed voices in mind, both pieces alternate sections of slow, chordal SATB writing with lilting dance patterns. Howard explains: “I felt strongly, in commemorating the 50th anniversary of Anne Frank’s death in one case, and VE-Day in the other, that the sentiments were complicated, mixed ones for people living in another society and time, and in each case chose more than one text in an attempt to juxtapose the different elements and emotions”.

In Memoriam Anne Frank was first performed in February 1994 and has subsequently been performed a number of times including at a National Holocaust Memorial Day Event, sung by The Voices Foundation Choir and Laudibus. It is published by Faber Music.  A review of the work from October 2000 can be found here.

They Were Not Here was first performed in April 1995 at St Johns Smith Square in London.  Parts can be hired through Faber Music.

Both pieces are on the Howard Goodall Choral Works CD. 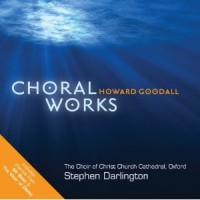 Scored for: SATB Chorus, Piano, Organ and Strings, or SATB and Piano

Availability: To Buy.  Full score and parts are also available to hire from Faber Music – hire@fabermusic.com